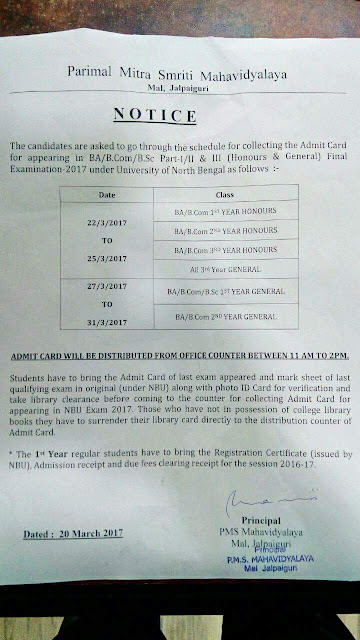 The candidates are asked to go through the schedule for collecting the Admit Card for appearing in B.A. B.Com. B.Sc part-i/ii & iii (Honours & general) final
Examination-2017 under University of North Bengal as follows :-

ADMIT CARD WILL BE DISTRIBUTED FROM OFFICE COUNTER BETWEEN 11AM to 2PM.

Students have to bring the Admit Card of last exam appeared and mark sheet of last qualifying exam in original (under NBU) along with photo ID Card for verification and take library clearance before coming to the counter For collecting Admit Card for appearing in NBU Exam 2017. Those who have not in possession of college library books they have to surrender their library card directly to the distribution counter of Admit Card.

* The lst Year regular students have to bring the Registration Certificate (issued by
NBU), Admission receipt and due fees clearing receipt for the session 2016-17. 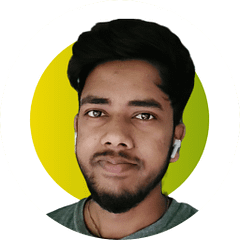 One of the Malbazarian contributing to this blog/website. I started it as a way to help the people around here and those who come to visit this beautiful place.

Hope my efforts will help at least some people and that is my goal here.