What is a Generic Medicine?

BPPI (Bureau of Pharma Public Sector Undertakings of India) has been established under the Department of Pharmaceuticals, Govt. of India, with the support of all the CPSUs for co-coordinating procurement, supply and marketing of generic drugs through Pradhan Mantri Bhartiya Jan Aushadhi Kendra (PMBJK).

How the quality, safety and efficacy of medicine are ensured?

The quality, safety and efficacy of medicines are ensured by getting each batch of medicines procured from CPSUs as well as private suppliers tested from NABL approved laboratories and conforming to the required standards before the same are supplied to Super stockists /PMBJK’s from the Warehouse of BPPI.

Are generic drugs as effective as branded ones?

The generic drugs are having the same efficacy and therapeutic value as that of branded medicines.

How do generic medicines benefit the patients?

The cost of generic medicines having the same quality as that of branded medicines is much cheaper than their branded equivalent.

Who can purchase medicine from Pradhan Mantri Jan Aushadhi Kendra?

(OTC) Over The Counter products can be purchased by any individual without a prescription. A prescription from a registered medical practitioner is necessary for the purchase of scheduled drugs.

How the medicines are procured and supplied to Pradhan Mantri Jan Aushadhi Kendra?

Earlier, only medicines manufactured by CPSUs were being supplied to Pradhan Mantri Bhartiya Jan Aushadhi Kendra. Since CPSUs are not able to make the supply of all the medicines proposed to be supplied to PMBJK, procurement of medicines which the CPSUs are not able to supplies are being made from the private manufacturers. These medicines after getting tested from empanelled NABL Laboratories and sent to PMBJK through Super stockists/CEF agent/Distributors appointed by BPPI.

The main objective of the Bureau of Pharma PSUs of India (BPPI) is to open a maximum number of Pradhan Mantri Bhartiya Jan Aushadhi Kendra (PMBJK) in the country.

BPPI have simplified the application format so that a common man can easily fill up the same. Besides above, the application fee of Rs. 2000/- which was charged earlier have been waived off to make the scheme popular.
Financial support to Pradhan Mantri Bhartiya Janaushadhi Kendras:

An amount of Rs.2.5 lakhs shall be extended to NGOs/agencies/individuals establishing JAK in government hospital premises where space is provided free of cost by Govt. to operating agency: Rs. 1 lakh reimbursement of furniture and fixtures Rs. 1 lakh by way of free medicines in the beginning Rs. 0.50 lakh as reimbursement for computer, internet, printer, scanner, etc JAK run by private entrepreneurs/pharmacists / NGOs / Charitable organizations that are linked with BPPI headquarters through internet shall be extended an incentive up to Rs. 2.5 lakhs.

This will be given @ 15% of monthly sales subject to a ceiling of Rs. 10,000/- per month up to a limit of Rs. 2.5 lakhs. In NE states, i.e. Naxal affected areas and tribal areas, the rate of incentive will be 15% and subject to the monthly ceiling of Rs. 15,000 and the total limit of Rs. 2.5 lakhs. For SC/ST and differently abled persons applied in an individual category shall be benefited with free medicines worth of Rs. 50,000/- to set up their Pradhan Mantri Bhartiya Janaushadhi Kendra in the beginning. Remaining amount i.e. Rs. 2.00 lakhs will be given in the form of incentive, as per above norms.

Trade margin to retailers and distributors:

Trade margins have been revised from 16% to 20% for Retailers and from 8% to 10% for Distributors.


What is the procedure for opening a Pradhan Mantri Jan Aushadhi Kendra?

BPPI writes to all the State Governments with a request to open Pradhan Mantri Bhartiya Jan Aushadhi Kendra in their states. The State Government, Department of Health would make recommendations in favour of the operating agency who would run the Kendra and also instruct the District Hospital Authority to provide the minimum space conforming to standards as approved by BPPI in the Hospital premises.

The location of the Kendra should be at such a place which is easily accessible to the OPD patients, preferably at the entry of the hospital & given to the agency free of cost.

The State Government needs to issue suitable instructions to the Hospitals/ Doctors for prescribing generic medicines. Other entities may approach BPPI either on the basis of the advertisement issued by BPPI or Suo moto with a complete application along with the supporting documents mentioned at Sl. no 13 above.

An agreement is to be entered into between BPPI and the operating agency before the JAS starts functioning and BPPI makes arrangements for the dispatch of medicines. For detailed procedure, visit janaushadhi.gov.in

What are the medicines available from Pradhan Mantri Jan Aushadhi Pariyojna? 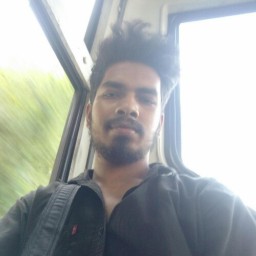