1 Dead, 31 Injured In Head On Collision Between Bus And Pickup Van At Salbari More SSB Camp 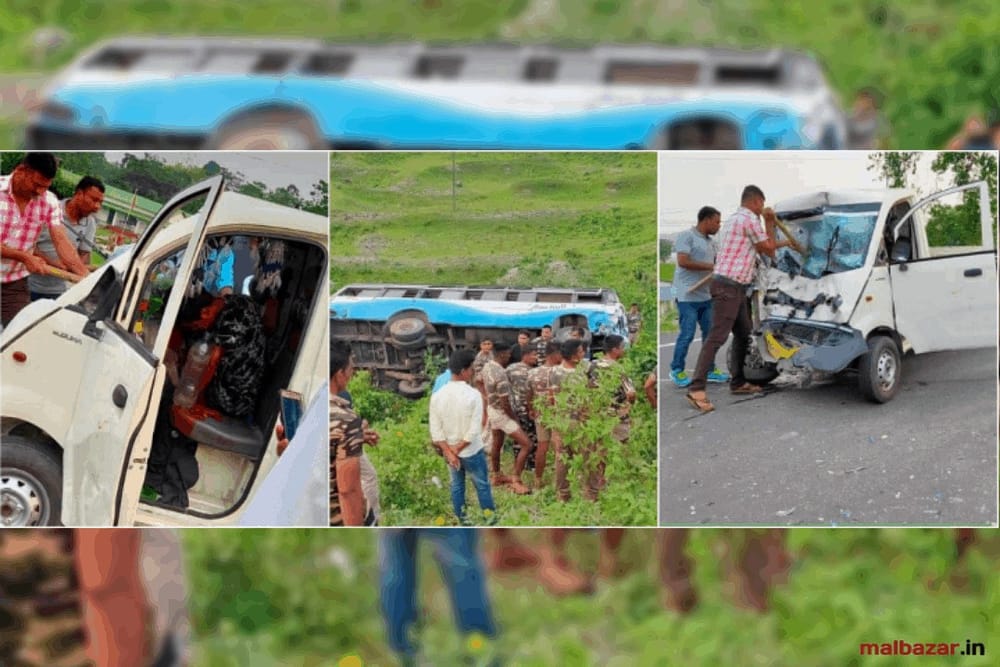 A road accident took place at Salbari More near SSB Camp around 4pm yesterday. 1 spot dead in head-on collision between a private bus and a TATA ace pickup van and 31 injured.

The deceased has been identified by the police. He was Indranil Bhowal (43), a government employer. He used to do data entry in Mal BDO office. Injured are hospitalized in Mal Super Speciality Hospital and 7 of them were in critical condition, they have been moved to North Bengal Medical College and Hospital.

12 injured have been left after first aid.

It was reported that the bus name was Maa Kali, it was going to Jalpaiguri from Malbazar. A small pickup van was coming from opposite side and both head-on collided at Salbari More SSB Camp. The bus falls down in the pit.

And on the other hand, the front part of the small pickup van gets flattened. The driver of that pickup van was stuck inside. His right hand is badly hurt.

District Magistrate of Jalpaiguri district Smt. Shilpa Gourisaria and Mal Subdivision Officer Shri Siyad N, IAS visited Mal Hospital. They said, all the injured should be treated properly. They also expressed sadness on the death of a staff of Mal BDO office.