As India marks its 73rd Independence Day, the celebration was held across the country with flag-unfurling ceremonies, parades and cultural programmes.

Independence Day is observed as a national holiday across India, with offices, banks and post offices remained closed on the occasion.

Every malbazarian celebrated his/her freedom in their way such as decorating their places of celebration, raising National Flag, march-past, watching favourite movies, singing the National Anthem or patriotic songs, participating in many social activities organized at public places and organizing blood donation camp.

Our national flag was hosted at every government offices, schools, clubs and public places. It looks beautiful when you see tricolour every place, every biker, bus, cars, rickshaw van. 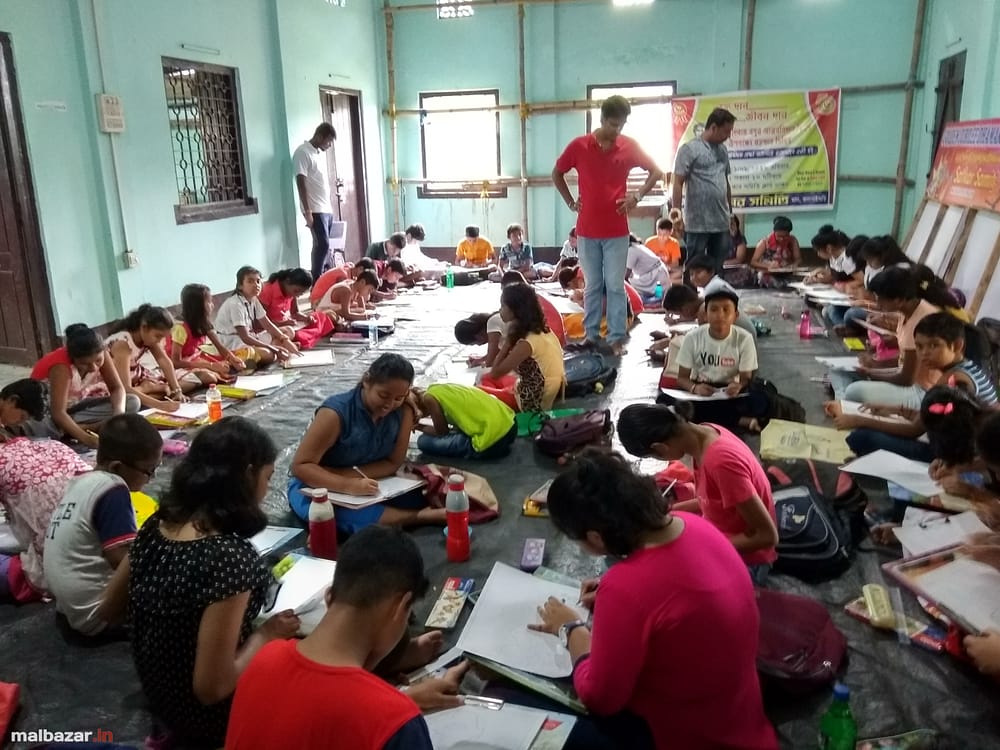 Like every year, a drawing competition was organised by Satkar Samiti Club. The competition started at 12 noon, an unexpected number of kids participated.

There was less space to sit at the Club. So, few children were sent to NF Railway Office which is beside Satkar Ground.

All the children were divided into three groups A, B & C. Children of 1 to 4th standard had no topic they could draw anything they love.

Kids of standard 5th to 8th, that is group B, had to draw on topic “Another Name Of Water Is Life” (Jal Ka Dusra Naam Hai Jiwan) and children of above 9th standard had to draw on “Forest and Wildlife”. 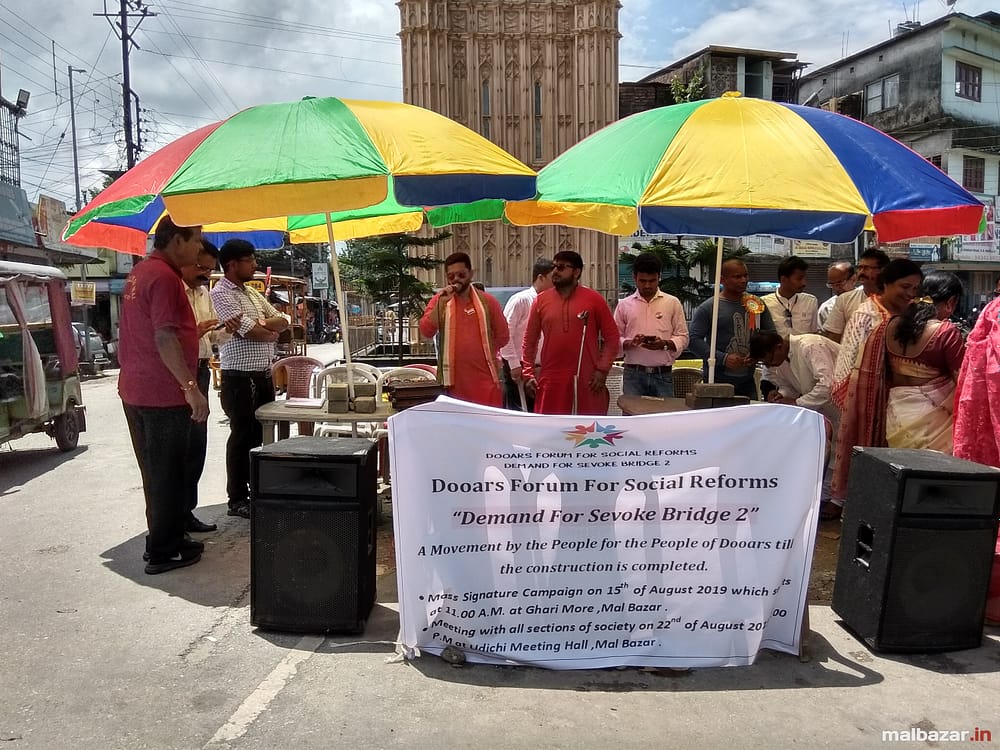 On the occasion of 15 August “Dooars Forum For Social Reform” launched a mass campaign at Ghadi More demanding for Sevoke Bridge 2 from Mongpong to Sevoke Bazaar. In this campaign, more than 600 malbazarians signed up and contributed to this campaign.

3. Inauguration Ceremony Of “31 Hunger – A Plate of Hope”

There was an inauguration ceremony for “31 Hunger – A Plate of Hope” on the eve of Independence Day at Bus Stand. 31 Hunger is a food court. There is a total of seven shops and their names are as follows,

Local people of Malbazar came forward to the camp to donate blood. It is said by everyone that “Donate Blood And Save Life”.

So, the people of Malbazar understand the meaning of this camp and the importance of blood.

A cycle rally was held by Bharatiya Samaj Sewa Sansthan (BSSS) of Malbazar.

The rally was started from Caesar School to Mal Bus Terminus and from there, they went to Roy Cousins Petrol Pump and ended up at Caesar School.

They were total of 29 members (27 boys and 2 girls) including the president of BSSS “Mr Harshit Prasad”. Their main aim of cycling on Independence Day was to Plant Trees and Make Environment Pollution Free.

No doubt it was not easy for India to get freedom from the British rule. But our political leaders, freedom fighters and people together participated in the freedom struggle and were determined to gain independence.

Honourable Prime Minister Shri Narendra Modi hoisted tricolour at the Red Fort and delivered a speech to the nation.

Let us tell you that this was the first Independence Day speech by Modi Ji after the victory of recently held elections.

Here are some highlights of Prime Minister Narendra Modi’s address to the nation: